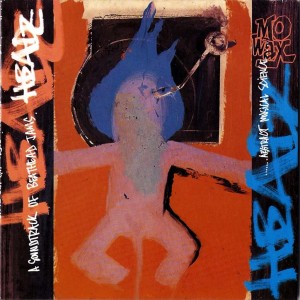 Journey to the origins of Trip Hop

I am glad that I don’t remember how much I spent for this album when I won that auction on Ebay years ago. Not because I would think it was too much. Just because it was probably a lot. But this is the kind of album that you either want to have, and then you just have to pay what it’s worth, or… well, or you probably just don’t care too much about music.

You might call “Headz” a label sampler, but it’s way much more than that. The music that was compiled on it was so much a definition of a new style of music that a lot of people started using the title as the name of this new style. Headz. It’s all the cool stuff that emerged at the intersection of trip hop and hip hop.

In a way, this is kind of the opposite of the intention of this album as it simply traveled a new path, did what innovators do, combine things that haven’t been connected before to create something new. The thing is – once something new has been created, people need a label to refer to it, and as much as the terms “trip hop” and “headz” may be despised by many, they let you refer to something in less than fifty words.

Sure, you might as well say that this is mostly instrumental hip hop, it just has a different twist and a different attitude. And yet – if you listen to “Headz” in its entirety you just know that this can hardly be labeled like that. Trippy it is, and way more abstract, set in a really different haze of smoke.

“Headz” is a milestone and a really smart move on behalf of Mo’ Wax. They simply collected all of the great stuff they had been publishing on 12″es on a big fat three piece vinyl sampler, gave it some very cool art work courtesy of 3D which is none other than Robert del Naja of Massive Attack fame, and showed the world what an outstanding bunch of artists they had collected. It worked so well that they compiled an even more massive follow-ups, two 4-LP-boxes, Headz 2A and 2B.

As indicated above, this is a pretty solid must-have. Even if only for getting DJ Shadow’s genre-defining “Lost And Found (S.F.L)” and his “Alternative Interlude ’93 Version” of “In/Flux”, just in case you don’t own these epic tracks as 12″ originals. After all, you get a whopping 16 extra tracks in the bargain. And just in case you are pointing towards the subtitle of this collection (“A Collage Of 16 Instrumental Excursions From The Hip-Hop Avant Garde”) – yes, they seem to have added two tracks after the art work had been done. We don’t complain.

It’s an elite bunch that contributed to this collection. Nightmares On Wax, La Funk Mob, U.N.K.L.E, Howie B, Autechre, Attica Blues, Palm Skin Productions – not all of them went big or even survived the early years of trip hop, but at that time it was all major league, and it all fits well under the claim that James Lavelle had given his label: “Soundtracks Of Experimentation”.

It doesn’t make much sense to go through all of the 18 not 16 tracks, even if all of them would deserve a comment – even the ones by lesser known artists. It actually says a lot about the quality of “Headz” that a track by some guys called Awunsound is just as good as most of the other material, even if it was the only thing they ever published. For a definition of what this compilation is all about, these first to sides work just fine.

Looking back from 2021, it’s really interesting to see how deeply hip- or trip hop Nightmares On Wax were in those days, the beats still a little rougher, the samples darker and edgier. And it is good to get a reminder that one of the big names of French electronic music, Philippe Zwar, was part of La Funk Mob, showing what a big talent magnet James Lavelle and his label were back in the mid-90s. Their “Ravers Suck Our Sound” is another early trip hop classic on this compilation.

Another example is someone called M.F. Outa’ National, a guy that later was smart enough to dump the moniker and record unter his real name – Joseph Malik – on the German Compost label. Or Autechre who had just begun to make a name for themselves and seem almost like outliers with their deeply electronic approach. But the way they combine this with the unexpected warmth of a “Summer Madness” sample is really classy.

Sometimes it needs a little bit of detectives work to fully understand what’s going on. Olde Scottish for example is an act that only existed on Mo’ Wax compilations and might be dismissed as some unknown group from up North – when in reality it’s mostly Howie B. and DJ Krush. Skull is another one – that’s Trevor Jackson aka Underdog aka Playgroup.

They all plunder their huge archives of drum loops, jazz breaks, sounds of weirdness and spacedoutness, not always amazing us, but clearly staying true to the mission of providing soundtracks of experimentation.

James Lavelle himself needs to join the ride, of course – his U.N.K.L.E Projekt teams up with the Japanese Major Force Orchestra, delivering “The Time Has Come”. It’s the first track of a project that would turn out magic a few years later when DJ Shadow joined in. No offense, but anything on “Psyence Fiction”  is way better than anything U.N.K.L.E. did before or after that album.

More big stuff on the final stretch: Howie B.’s “Head West – Gun Fight At The O.K. Corrall” drags along at around 60 beats per minute, as minimal as it gets, and Tranquility Bass deliver what their name promises on their well-known “They Came In Peace”. DJ Shadow gets the honor of closing the show with the longest interlude ever – twelve minutes of his first stroke of genius, “In/Flux”.

It needs to be said again – this is one of the rare instances when a claim that a compilation is has defined and even labeled a whole music genre is absolutely justified. “Headz” was nothing less than groundbreaking, more than “A Collage Of 16 Instrumental Excursions From The Hip-Hop Avant Garde” both numerically and regarding its impact.