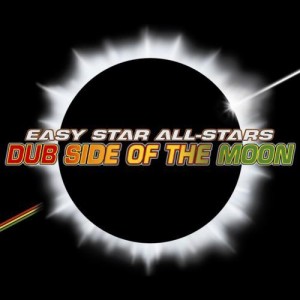 They didn’t really do that, did they?

I can’t remember a band covering a complete album of another artist. I’m sure there are a few earlier examples than this one, but this is definitely the first one I know of. Yes, there’s that really wacky Dread Zeppelin project, and this one is somehow similar, but this album really takes things all the way. These guys have one simple job description – take an epic album and create a Reggae version of it, from first track to last.

The fact that this is actually working over the course of several albums is due to two simple facts. One – excellent production. Two – equally excellent and clever adaptation of the original material. And these guys don’t just pick up any old album, they choose masterpieces of rock and pop. The first one was “Dark Side Of The Moon”, followed by “Sergeant Pepper” and “Thriller”.

So, yes, the whole damn album, every single track, and of course in sequence, including “Time” and “Money”, even the “Great Gig In The Sky”. We might be misled though, if we think that some veteran Jamaican musicians took the tracks to Kingston to let it all be reborn in smoke – the Easy Star All-Stars were founded by four gentlemen from New York with names like Smith, Goldwasser, Oppenheimer and Gerstein. Sure doesn’t sound very Caribbean.

Some of us might feel the urge to raise their hand and point at what we tend to call cultural appropriation – but fortunately the list of guest musicians makes such a discussion more or less unnecessary. Among others, they invited Frankie Paul, the Meditations and Corey Harris. The rest of the band is obviously capable, and the guys do have a good hand at re-arranging the material. And that does say a lot – the project is pretty ludicrous in itself and could easily have led to an epic disaster. It is pretty amazing that it didn’t. The result is actually pretty remarkable.

The main reason for this is that the Easy Star All-Stars are fully serious in their effort, they show the necessary respect to the material, and they sure don’t compromise. The whole album, track by track, and they don’t even really change the basic moods of the tracks beyond the obvious fact that a Reggae rhythm does change the atmosphere to a certain extent. That’s the result of being serious and respectful – the band doesn’t just dress the music up as Reggae clones, they find an appropriate translation for the soul of each track as well.

Also helpful: the All-Stars make good use of the various styles that Reggae has to offer. It’s not all Wailers style stuff here. Their version of “Breathe” may be, for very good reason, but for “On The Run” they wisely chose a Jungle style, and it fits so well it makes you smile.

The best tracks of the original “Dark Side of the Moon” are also the most convincing on this album. “Time” is a great example. The most surprising aspect may even be that the guys really didn’t have to do all that much to twist this towards Reggae, and when you listen to it, it even kind of makes sense. The topic is an open invitation to give it a Jamaican twist anyway, and for the vocalists – Corey Harris and rapper Ranking Joe – it’s plain sailing. It’s a nice twist to exchange Richard Wright’s synths with a simple organ, and the beat kind of makes you want to check if the original wasn’t kind of a Reggae piece to begin with. Nice.

The one track that could have gone wrong in so many ways and in really epic dimensions is the one that even Pink Floyd were afraid of bringing to the stage: “The Great Gig In The Sky”. When Clare Torry supplied her vocals for the original, back in the days, part of the magic was that she actually never realized what an epic performance she delivered. And to be honest – on this version, Kirsty Rock expectedly doesn’t measure up to her. But neither she nor the rest of the All-Stars are creating an embarrassment here, and that is quite an achievement.

The rest should be (and actually is) comparatively easy. Just like “Time”,  “Money” suddenly seems like it was just waiting for an uptempo Reggae rhythm. The vocal performances may not be the best ones this album has to offer, but it is still an enjoyable track with the dubbed out sax solo and the cleverly translated mood of the second half of the track.

The highlight of this astonishing ride follows – almost eight marvelously adapted minutes of “Us And Them” and “Any Colour You Like”. This is when even skeptics will have to agree that the All-Stars really are a class act at this transformation job, doing justice to the atmosphere and identity of the tracks, creating identically emotional moments while bringing these epic pieces from London to Kingston. You gotta love how they turn this into one big dub mix.

Even the irony and fatalism of “Brain Damage” gets a suitable Reggae translation, again it’s like the track was begging for such a treatment. We would have liked to get more than just two minutes of contribution by The Meditations on “Eclipse”, but what can you do – the original isn’t much longer. You can’t always get what you want.

There will be plenty of purists out there that will call this album a sacrilege, and others will argue that this album is one big and respectful homage. We, on the other hand, just light up and lean back, understanding that as much as this might have been a really wacky idea to begin with, the result is quite remarkable. You can get the vinyl version of this album in three colors – of course the selection is red, yellow and green. Just in case you care to know, I have a green one.