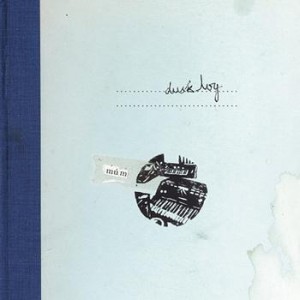 I really think that a trip to Iceland is way overdue. I definitely need to go. Unless another one of their volcanos is acting up, of course. A little bit of lava is okay, though. Liquid earth core, bubbling up from deep inside like candy cream from an Easter egg. Just a little bit hotter. Spectacular, for sure – even if it is probably a normal earthly thing. Unlike the folks there. Just look at Björk. Or Sigur Rós. Always with that accented o, just like they have a pretty differently accentuated personality up there.

And don’t get me wrong, it is purely meant as a compliment. After all – it leads to kinds of music that people in continental Europe wouldn’t ever be able to come up with. Okay, we do have a way of redirecting a road in order to avoid getting some rare toad into evolutionary trouble, that’s already hard to comprehend for people from other parts of the world. But Icelanders will only give you a shrug and maybe a smile. When they build roads they will plan for a by-pass to not get too close to a big boulder that they think is a church for elves.

This is about the kind of spirit that adequately describes this EP with its rather unique song titles. “Will The Summer Make Good For All Of Our Sins?” for example. You might want to plan for a parking lot close to that rock so we can stop and ask the elves. And they might just tell you that the summer doesn’t really worry too much about sins, and that maybe the winter thinks that what happens in the summer is a sin.

That particular track does sound like a look back at summer, one that triggers quite a lot of woefulness, like a dark version of an old children’s song, sung by ghostly child-like voices, slowed down to a gloomy hunch and accompanied by an assortment of morbid sounds that will make you wonder if those ghostly voices come from a heavy old rowboat disappearing in the fog. Or elves, maybe?

Múm, just like Sigur Rós, don’t have any reservations when it come to the deeply emotional. You might actually say that they love to wade in it, knee deep in elegiac streams, never shying away from playing your heart strings, wallowing in yearnings that go far beyond any horizon and rising up to worlds that will let you believe in elves and make it thoroughly plausible to even the most doubtful soul that highways need to be diverted to honor them.

Múm will not seem as strange and difficult to access as music from other parts of the world, like when you can’t even decipher the rhythmic structure. It doesn’t feel totally foreign, but it’s still otherworldly, somehow accessible but at the same time in wonderful disregard of what you might think how music is constructed. They just don’t play by your rules, even if they don’t reject them. They just simply do what they feel is right.

Like in “Kostrzyn”, where they combine delicate melodies with gusty emotional mix fanfares, drums and violins that jump up and stun you in moments when you least expect them. You’d expect the singer to somehow create an equally striking presence – instead, she sort of drifts in and out here and there, just like most of the instruments are walking by more than they’d be really present, making it impossible to read, to expect anything. Maybe you could, if you were from Iceland, and surely you would, as an elf.

“This Nothing Blowing In The Faraway” is a fleeting, fragmentary fairytale, some kind of slow Icelandic blues, only that instead of the old man on the guitar singing, it’s an ethereal girl sitting in the fog at some mystic place where the hot water rises from the earth. And she’s obviously not singing about the hardships of life, but something that only makes sense in a dream. Something like the nothing blowing in the faraway. Good title.

Fitting as well is “Boots Of Fog”, if only to support the associations of fogginess and mystic ongoings paired with the constant impression that we’ll never really understand what is going on in an Icelandic musician’s mind. Foghorns and bells, creaks and groans and crackles, distorted bass and something that resembles singing or whispering, an approximation to rhythm wafting in from the fog at the side of an out-of-tune banjo – it’s an audio play from a land that has more fog than sun, where people prefer boats to cars, and where the the inexplicable is so common that people don’t even notice it. Múm is telling stories – whether the result is music is not the most important aspect.

Naturally, this is not the kind of stuff that everyone will find easy to like. You might think that the singing of main vocalist is tending to be too naive and sweet and somehow even cute, with its childishly velvety touch. As mentioned above, Múm don’t shy away from emotionality, and sometimes going deep can be a bit of a shallow affair. But it all fits too well together to be too cliché.  It works in exactly this mix of elements, and probably in none other.

You might also think it’s sort of pointless to listen to music that obviously tries to convey a lot of stuff we wouldn’t even understand if we were able to speak Icelandic. And yet, this is a futile attempt to measure this music with dimensions of lyrics and messages, of content and specific meanings of words. That’s just not appropriate here. You can just let them do what they do and feel your way in – or think they’re just a bunch of weird Icelanders.

Me – I like stories like the one with the church of elves, and I like it when people are not like we are, even when it is hard to understand why they do the things they do, and I absolutely like it when I listen to music that I don’t comprehend fully after two lines of lyrics. I have never read a guide book about Iceland, but after listening to this lovely little album and a few others I have something like an understanding of what to expect when I finally fly over there. Like I said. I really need to go.